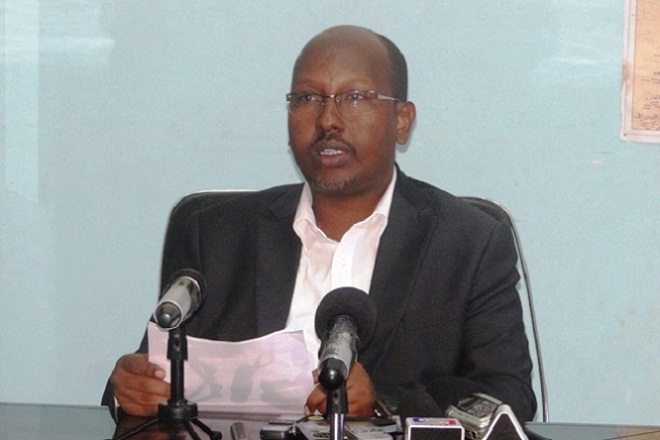 In a press conference held in Mogadishu Fiki told reporters that his resignation was personal choice.

He declined to give any further details.

His resignation came after days of increased insecurity in Mogadishu which has led a number of assassinations and suicide attacks.

Residents in the capital accused police of failing to prevent the killings which has caused puplic outcry after months of security improvements in Mogadishu.

“I have performed well in the 22 months I was in office and I did all my best to restore peace in Somalia” he said.

“Security agencies thwarted many plots by terrorists to destabilize the country, while I was in office” he added.

We cannot confirm if his resignation was related to the latest Somali federal government steps to restructure key posts  of security and defence.

In his respond to the resignation President hassan affirmed that the new changes will not derail security improvements in the country.

The name of the new security chief is Abdikarim.