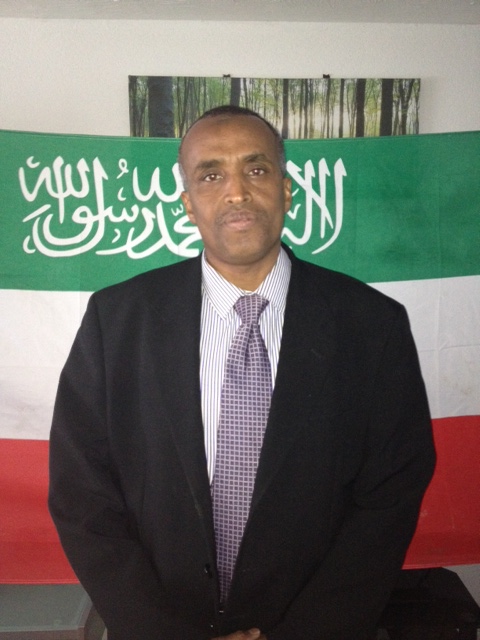 Dr Xoog, Engineer Xaashi and Mr Cali Xamuud: The sacking of diligent Ministers that got us into painful past.

When our president came into power, the expectation from the public was very high. In response to that feeling, the government has taken policies translating into the expectation of its citizens. In the first year, it set on course to develop the country and has chosen the most skilled and experienced elites into the key governmental departments interwoven with development. As health, education and economy (GDP) are the pillars of development, the president has picked up the three most distinguished personalities – Dr XOOG was appointed as Health Minister, Cali Xaamud Jibriil was also appointed junior minster for Education and Engineer Mohamed Xaashi Elmi for the Minister of finance.  As Health, Education and Economic Growth (GDP) are dimensions of development indicators, the president for choosing the right persons into the right posts have won him public acclamation. With this view, this article attempts to answer, should the politician abound to be unconstitutional if the president of the day got it wrong?

Looking from the outset of appointing the officials, these three departments were experiencing unique problems that have been inextricably linked to incompetence and corruption. To name for few:

The Ministry of health was providing a very poor health service delivery; and the country was being flooded faked and outdated imported pharmaceutical drugs. In addition, the health service was further strained into the introduction increasingly myriad of foreign doctors portrayed to be highly specialists.  Furthermore, Somaliland was experiencing high infection rate of HIV/AIDS, and study I looked into HIV/AIDS in Somaliland supported this hypothesis.

The Ministry of the finance was experiencing endemic corruption, and when the current government came into power it had been indebted with millions of dollars, and the public sector workforce had not been paid for months. In addition, the system of taxation was embroiled with inefficiencies and incompleteness;

The education department was struggling to provide education for all and it had not been possible for the most disadvantaged societal cohorts to provide education to their children as it was fee levied. Furthermore, the quality of education and resources had been by far unfit for the purpose. All these three ministries inimically faced huge challenges.

Within one year into their appointments, these new charismatic Ministers had been able to transform their miniseries. To name few achievements:

The former Finance minister (Engineer Hashi) within the first year into office, he had increased the gross domestic productivity (GDP) by 100% through efficiencies of diligent collection of taxation and combating corruption. Furthermore,   through peer education on public perception who had been stubborn to pay taxes was turned around under the slogan of be cognisant of, it is the tax that pays off to have a good public services.

The former Health Ministry (Dr Xoog) had completely transformed the health service. Quality and quantity of services were improved upon, corruption in the health services was routed out, most of the hospitals were equipped with the state of art facilities of medical equipment, the health services for the first time took the ownership and responsibility of the HIV/AIDS that has been vested in the hands of international NGOs, fake and out of date drugs were removed from the markets, new rules were being worked out to regulated foreign doctors flight into the country. It was hypothetical argument that these doctors are bogus and present health threat to the public who unwittingly submit them into their care.

Minster of education: this ministry had equally seen huge improvements, schools were made free of charges for all, new school places were made available in many regions, the quality of education and teaching had been improved upon, resources were made available to school and teachers had seen their salaries gone up, university graduate numbers had increased, stringent control on the quality of education deliveries had been introduced. These efforts attributed to human capital to have been increased.

By choosing the right people for service deliveries that matters most to the ordinary people, the current president has become a very popular statesman in his first years into office.

What has happened next?

However, in two reshuffles within a short period to each other, the development propagators were lost at huge public dismay. As a result, strains appear to have shown in Ministry of Finance when it had lost one of the most charismatic public figure head, Mr Xaashi.  And in the latest reshuffle, the country has lost ministers of Health and junior education Minster. With this regards, people appear to have their trust in current government seriously strained.

What has followed then?

When the ministers got sacked, people reacted to counterintuitive judgement by taking the matter into their own hands. With this regards, last month, former politicians with a strong degree of influence among the general public launched a political entity.  In which my approximation into English translates as a Council on Consultation and   Rectification of the State (CCRS). Soon after the formation, the CCRS has got into politics; albeit this was a matter for the Somaliland parliament in which the government is accountable to them. The CCRS appears to have no confidence in the political system. Furthermore, it dismissed the two opposition parties as ineffective to insert pressure on government. Notwithstanding the CCRS has no legal legitimacy, it has earned huge popularity among the society who felt the government was out of touch with the public and their concerns were not listened to.

However, the mainstream politicians have not welcomed the new addition of political group into Somaliland. This has been demystified the intuition of potentially to destabilise the country and throw the country into chaos. In succinct, it was argued to lead others with different political agendas to establish myriads of clandestine political parties against rule of the law of the country.

As the government necessitates the exigency to resolve the issue of the CCRS, its own ruling party- KULMIYE  party conference is expected to take place in December this year, as the president has announced. This conference has been a long overdue – internal feud within the party and lack of procedure in place got it delayed. The president is facing strong challenge from his right hand man (Mr MUUSE BIIXI ABDI) the man who has guided the incumbent president to victory. It had been documented without his support the president would not have clichéd into power.

The deal of the Muuse Biixi Abdi and The president

It was of the views widely held that the two had an agreement equivalent to the former British prime ministers of Tony Blair and Gordon Brown that helped Tony Blair to come into power. Although both fallen into political polarisation that had split up the labour party into the so called Blairite and Brownite camps. Blairite camps were advocating blocking Gordon succession into the power and instead wanted power handed in to one of Blairite – former Home Secretary, Alan Johnson.

In Somaliland, the president camps are advocating to stop MUUSE  BIIXI CABDI being nominated   the presidential candidacy for the ruling party for the next general election expected to take place in 2015. However, it is of the view widely held that the president will eventually succumb   to endorsing MUUSE BIIXI CABDI to succeed him.  This was the bath Mr Blair had to finally accept.

In conclusion, the country does not need to get into political polarisation. Our president was democratically elected and came into power in a popular vote and should be respected.  The Somaliland constitution grants citizens to set up and join political parties but this should be within the conformity of the law of the land. However, some politicians to have metaphorically likened our president a dictator were inappropriate. Equally, the president should listen to the concerns of his people. Not least but last, I will have been wished to have received a response from our president or his office to get us answers regarding why those ministers who have excelled their duties were dismissed and why he has compromised the the Nation’s Health Services in his latest reshuffle.