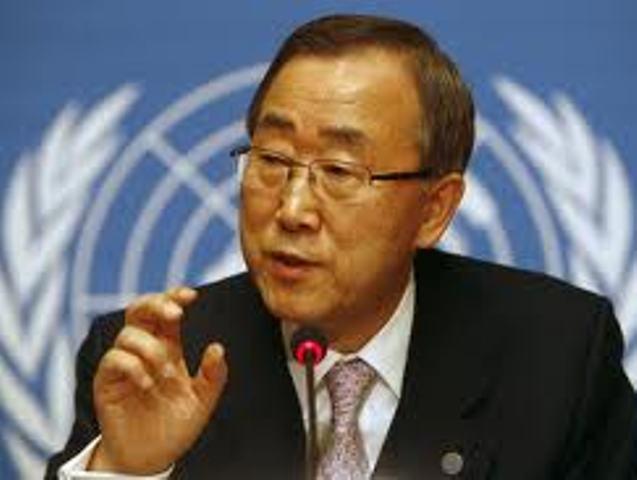 The UN Security Council has extended by 16 months the mandate of the UN expert panel monitoring compliance with sanctions against Somalia and Eritrea.

In its resolution adopted on Wednesday, the Council also further eased funding and equipment restrictions on the UN and EU missions in the region.

The Council also asked the UN Secretary-General Ban Ki-moon to sustain the eight-member monitoring group on Eritrea and Somalia until Nov. 25, 2014.

The panel, which monitored compliance with the embargoes on the delivery of weapons and military equipment to Somalia and Eritrea, also investigated any seaport operations in Somalia that could generate revenue for the Islamist militant group known as Al-Shabaab that controls some Somali territory.

The Security Council in 1992 imposed an embargo on all deliveries of weapons and military equipment to Somalia.

During the month of March, the Council partially lifted the weapons ban for one year to boost the government’s capacity to protect areas recovered from the militant group Al-Shabaab and defend against fresh attempts by such groups to destabilise the country.

It decided that the arms embargo would not apply to arms or equipment sold or supplied solely for the development of the government’s security forces, but it kept its restrictions in place on heavy weapons, such as surface-to-air missiles.

Today’s resolution reminded the Federal Government of Somalia that it is required to notify the Council’s sanctions committee at least five days in advance of any such deliveries and provide details of the transactions.

Alternately, Member States delivering assistance could make the notification after informing the government of its intentions in that regard.

The Council, however, decided that until March 6, 2014, the arms embargo on Somalia would not apply to weapons, military equipment, training or advice intended to develop Somalia’s security forces.

The 15-member Council also expressed its “deep concern” at reports of continuing violations of the charcoal ban by Member States and stressed that it was willing to take action against those who violate the ban. (NAN)