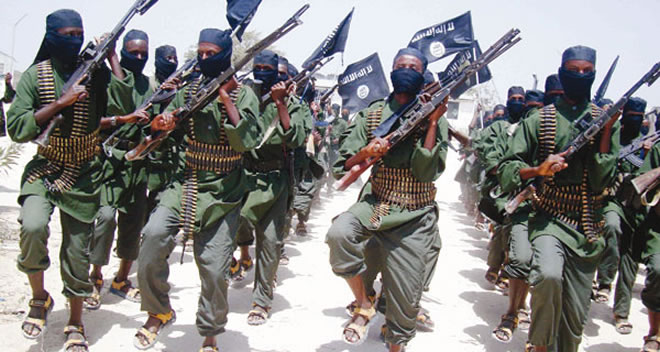 The terror group, Al Shabaab, is now targeting destitute youths in Central and Rift Valley regions as well as Uganda and Tanzania.[Photo: File/Standard]

Kenya: Kenya is facing serious security threats, months after suffering its worst assault in the hands of Somali terrorist network at the Westgate shopping mall.

Years before this attack was the August 1998 US embassy bombing in Nairobi.

Now, there are telling signs that the Somali Islamist group, Al Shabaab, is re-grouping and renewed recruitment drives, targeting desperate youths in the country and outside, are underway.

Senior security sources, who declined to be named, are worried that the bait of the Al Qaeda proxy in Somalia has gained a new catch beyond its usual recruiting grounds in North Eastern and coastal regions.

More than 60 people, believed to be heading to Somalia to bolster the criminal activities of the weakened group, have been intercepted in Garissa County in the last ten months alone, according to the County Head of Investigation Musa Yego.

In an exclusive interview with The Standard at his office in Garissa town, Mr Yego said recruits, mainly youths in the 18 to 30 years age bracket, were joining the blood-thirsty criminal gangs in droves.

The terror group, according Yego, is targeting the most vulnerable and destitute youths in slums and refugee camps in Dadaab and Kakuma. He said they are enticed with irresistible false better life and good job opportunities.

According to Yego, a number of them are extremely radicalised, which encourages them to be almost intoxicated to die for what they were made to believe is a holy war (Jihad).

“Some of the youths we arrested due to our increased security surveillance and patrols are determined to die for a false course they were made to believe will send them to paradise through a shortcut,” he said.

A reformed recruit in Wajir, who we can’t name because of his security, said if youth empowerment is not seriously considered, the unemployed lot will remain vulnerable to the Islamist group’s bait as detonators of explosives inside the country.

Yego said those arrested in the most recent swoop include Kenyans from Nairobi, central and coastal regions, while others are from Tanzania and Uganda.

“This week we nabbed a 23-year-old Tanzanian at Hullugho border town, using his three-month visa to pass through the country heading to Somalia. On interrogation he claimed to be going to Somalia to look for a job,” he said.

A senior officer with anti-terrorist police unit, privy to the investigation on the activities of the recruits, said the group has expanded into other regions like central, Rift Valley, Western and has now encroached into Tanzania and Uganda for youths’ enlistment.

“Those coming from the neigbouring countries are using three month visas, which allow them to move within Kenya without any restriction,” said the official who declined to be named. Since the country’s military incursion into conflict zones in southern Somalia, under operation Linda Nchi which began on October 2011, the country was raided by suspected members or sympathisers of the Al Shabaab in border counties of Wajir, Mandera and Garissa.

Hundreds of civilians, security officers and other Government officials working in the area were killed or maimed in the attacks. Scores of business premises owned by non-locals and churches were also targeted in lethal attacks meant to stir inter-religious intolerance between the Muslim and Christian faithful. Y

ego further said they also apprehended a Ugandan at Liboi border point early this week as he was attempting to sneak into Somalia purportedly to look for job offers.

“How can you look for a job in country with over two decades of factional fighting and activities of terrorism,” he posed.

Brokers operating from Garissa, Wajir, Mandera, Nairobi and Mombasa are involved in the illegal recruitment and movement of suspected gang fighters from other parts of the country and the region, while others including religious leaders are tasked with offering intoxicating twisted Islamic teachings advocating martyrdom.

As a result, police in Garissa are investigating two suspected brokers involved in the movement of youth believed to be recruits and a bus conductor apprehended with over 50 genuine IDs suspected to have been used in the facilitation of their movement from border Liboi to Nairobi.

And police in Dadaab, acting on a tip off by the public, recently arrested 21 young men after they were found travelling to Somalia to allegedly join Al Shabaab militants. This was the largest batch of recruits nabbed together. The men were intercepted on board a van at the Abdisugow roadblock, while carrying assorted foodstuff and water enough to last them for more than a week.

He said they also arrested two suspects with a pistol loaded with five rounds of ammunition, adding that when taken to court one of them pleaded guilty and was sentenced to seven years in jail while the other is in police custody.

One of the suspects, recruited by an acquaintance from Nairobi’s Majengo and a radicalised preacher in Mombasa, told police that they were promised Sh50,000 as down payment and another Sh300,000 would be payable to their preferred relative back at home shortly after they get into Somalia.

At the same time, Yego took issue with UN High Commissioner for Refugees, saying they were giving criminals, claiming to be genuine refugees, a blank movement permit allowing them to move freely in the country and dupe the security patrols and later commit crimes or cross the border to join Al Shabaab.

He asked Muslim leaders to expose those who hide behind religion and rogue sheikhs who are luring youth to go to the lawless Somalia to join the terrorist gang.

Leaders from North Eastern have accused the Government of jeopardising the country’s security by surrendering to Al Shabaab threats and disbanding scores of security posts and barriers following the recurrent raids of Administration Police camps in Damajale, Abdisugow, Galmaga in Garissa and Mandera central.

Member of the County Assembly for Libahia ward in Mandera County Hussein Maalim Mohamed said: “At the national level leaders are claiming a victory against Al Shabaab, but the true picture is that the Government has withdrawn their security personnel exposing the unarmed civilians to danger.”

In an interview at his office in Garissa, the county AP commandant Chris Muthe, who conceded some security outposts were dismantled, said the move was aimed at securing the lives of the officers and not a sign of surrender.

“For instance, you can’t have three officers with three guns at an area close to the border. Our officers have been targeted by militias and we take precautions,” he added.