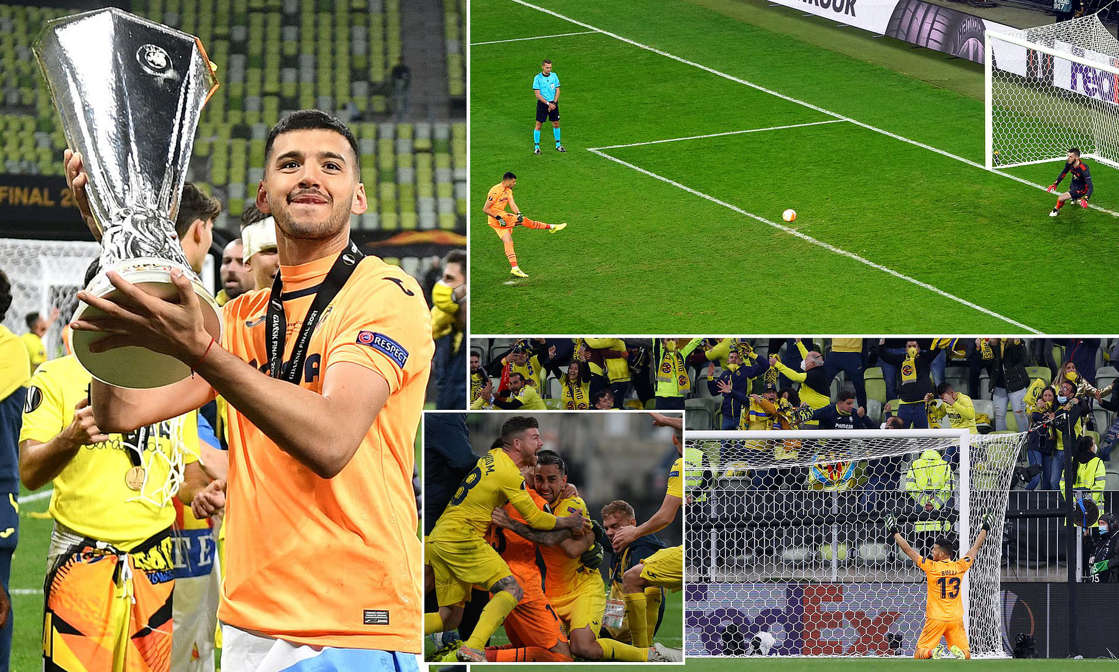 The Argentine shot-stopper netted the decisive goal in a dramatic penalty shootout against Manchester United to earn the LaLiga side an 11-10 victory.

Every player had scored in the shootout when Rulli stepped up, and he tucked his away to give Villarreal the edge before saving David de Gea’s effort to break United hearts.

‘It’s the first penalty I’ve ever scored in my life,’ he revealed after Villarreal’s Europa League triumph.

‘I just wanted to put it in. I don’t even know what I did now.

‘I thought I’d just hit in hard and hope it goes in. I wouldn’t have imagined this penalty shootout in my dreams.

‘We are champions and this is the best thing you can say as a player.’

The match went to a shootout scenario after the two sides could not be separated after 90 minutes and extra-time.

Villarreal had taken the lead through Gerard Moreno in the 29th minute before Edinson Cavani brought Ole Gunnar Solskjaer’s men level 10 minutes into the second half.

Rulli also revealed after the match that his Argentinian compatriot Juan Roman Riquelme, who spent four years at Villarreal between 2003 and 2007, sent him and the rest of Unai Emery’s squad a message before Wednesday’s final.

‘I’ve sent a message back to Riquleme. He sent us a message of support before the game so this title is also his.

‘I prepared myself for every match and tried to make them as good as possible all the time.

‘The manager has trusted me to the end. I’ve learned a lot and ending up like this has been worth it.’