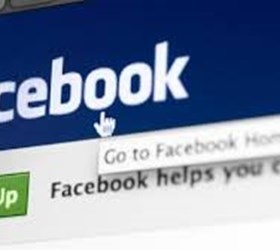 UN sanctions experts have complained to the UN Security Council that Facebook refuses to answer questions about ship hijackings suspected to be organized on social media sites.

In a new report released Friday, the experts — who monitor a UN arms embargo against Somalia as well as sanctions against accused pirates and Shebab Islamists — say Facebook has failed to respond to “repeated” approaches.

The sanctions investigators say Somalia’s notorious piracy business is supported by accomplices who could be bankers, businessmen, politicians or aid workers “all using their regular occupations or positions to facilitate one or another network.

“Investigations have confirmed that these myriad facilitators are interlinked through various communication channels and employ social network services, such as Facebook,” said the report.

“Despite repeated official correspondence addressed to Facebook Inc., it has never responded to monitoring group requests to discuss information on Facebook accounts belonging to individuals involved in hijackings and hostage-taking,” the experts said in the report prepared for the Security Council.

The experts said they had “active and comprehensive support” from other private companies with their investigations.