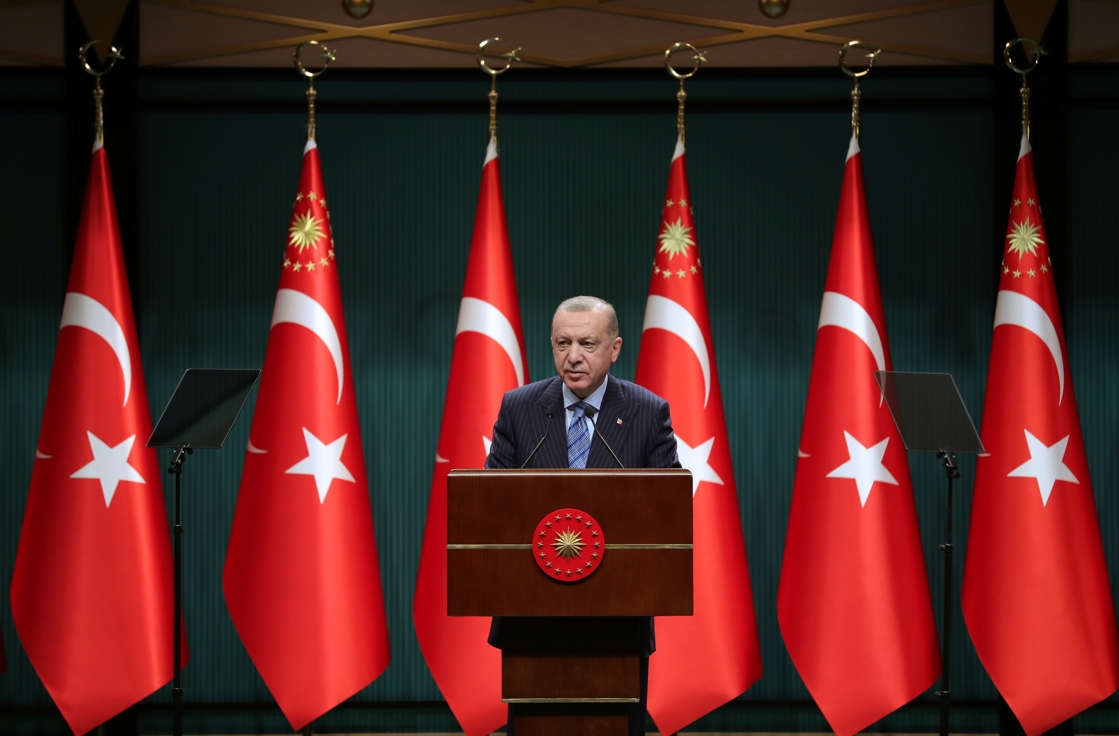 ANKARA (Reuters) – Turkey hopes to maximize its cooperation with Egypt and Gulf nations “on a win-win basis”, President Tayyip Erdogan said on Tuesday, as Ankara works to repair its strained ties with Cairo and some Gulf Arab nations after years of tensions.

Ankara’s ties with Egypt and Saudi Arabia have been strained over several issues, from opposing positions on political Islam, the Libyan conflict and the eastern Mediterranean to the killing of Saudi journalist Jamal Khashoggi by a Saudi hit squad at the kingdom’s consulate in Istanbul in October 2018.

Turkey has in recent months been pushing to repair ties with the estranged regional powers. It sent a delegation to Cairo for talks and Foreign Minister Mevlut Cavusoglu held talks in Riyadh with his Saudi counterpart.

“Our desire is to use these opportunities for cooperation at the maximum level and improve our ties on a win-win basis … The same situation is valid for all Gulf countries too,” Erdogan told state broadcaster TRT Haber.

“We have serious potential for cooperation with Egypt in a wide spectrum of areas from the eastern Mediterranean to Libya,” he said, adding he “loved” the Egyptian people. “Therefore, we are determined to restart this process.”

As part of the efforts, a Turkish delegation held talks with Egyptian officials in Cairo last month in the first direct contact between the regional rivals in years, after they fell out following the Egyptian army’s toppling of a democratically elected Muslim Brotherhood president close to Erdogan in 2013.

Separately, Ankara has toned down its criticism of the Khashoggi killing amid an informal Saudi boycott of Turkish exports. Cavusoglu said after talks in May with his Saudi counterpart Prince Faisal bin Farhan that the two countries would maintain dialogue.